Following its successful official launch on April 26 last year, Against All Odds Still Standing (AOS) Mission to Malawi never ceases to amaze its followers on how well geared this organisation is willing to surmount even mountains to save victims and survivors of domestic violence and abuse in Malawi.

This time around AOS demonstrated it in a rather familiar but exclusive way when it celebrated its ‘First Anniversary Fundraising Dinner Ball’ in style at the magnificent Dartford Bridge Hilton Hotel, on April 25th in Kent, United Kingdom.

Spicing the occasion were the UK based South African gospel giant Anointed UK, Nigerian Duet Musical Performer of the ‘Higher’ fame, Dot & Darryl alongside the new revelation, Bella Jackson who showcased the Against All Odds Still Standing ‘theme’ song.
Headlining on the night was celebrated Dublin based Irish – Malawian born Rap Artist, Pop Dogg when he performed a Malawian traditional Chichewa song ‘Tchopa Ndi Manganje’ that swept the crowd to the dance floor. It was his presentation that left hearts afloat, yearning for more as his performing time came to an end.

Munyaradzi ‘Wordplay’ Usuwana, a young gifted Zimbabwean Poet, better known as ‘The Wordplay Poet’ in the Poet circuit, was yet another inspiration of the night. Also featuring highly on the night was the Fun Auction conducted by veteran Dr Emeka Okafor and Sukaena Callander.

The Fundraising dinner would not have been complete without a taste of Malawian clothing, a quest that was displayed through a fashion show paraded by Dama Mini Fashion with Pop Dogg’s hit single ‘Priceless’ on the background. The brilliance and beauty of Malawian models cat walking also included the reigning Miss Malawi pageant Rosie Mmangisa, and was definitely inspiring to watch.

In his speech the Malawi High Commissioner, His Excellency John Tembo tackled on issues of unity and appealed for oneness amongst different nationalities. He was probably referring to recent events of xenophobia that recently happened South Africa.
‘’We are all one people. And as a people we are better off to forge ahead than all these sorts of abuses against foreign nationals that recently happened in South Africa at the hands of some vicious youths carrying such acts out of desperation,’ he pointed out
The Malawi envoy also commended AOS for the great work that they are doing in Malawi under the leadership of Fikelephi Jackson which he said his government was in full support.

The other main attraction of the event was what could be described as a ‘story telling session’ by His Worship, the Mayor of Lambeth, Cllr Adedamola Aminu who brought his real life story into the public forum as he narrated how he managed to rise and excel through the ranks from a mere cleaner who worked at the very same Mayor’s offices to become the sitting Mayor of Lambeth today.

His episode was probably one of the most spectacular tale that swept the listening patrons as if they were having their time riding on an emotional roller coaster as the Mayor narrated his past. His Worship the Mayor concluded that his life story turned into reality because of his zeal to hope for the best in life.

‘’I had to consistently keep fixing on my entire life hoping to get better in life. And so I can assure you, we can all do it just by remaining visibly focus in order to realise our dreams,’’ noted the Mayor.

In her remarks, CEO & Founder of Against All Odds Still Standing, Fikelephi Jackson expressed her gratitude for the overwhelming support being rendered to her non-profit company. ‘’Our event Dare to Fly, Dare to Dream 2015 has been a huge success. And without your support, we wouldn’t have been able to achieve this,’’ said Mrs Jackson, adding ‘’in addition to our 30 students, we now have 28 more scholarships beside a total of 40 women that will be receiving practical support every year’’
Speaking in an exclusive interview, she said she was also pleased that the new website for Against All Odds Still Standing (www.aosuk.org), was now live and operational. Mrs Jackson said, this website was now the main transit route for AOS whereas (www.fikelephijackson.com) would be used as her own brand.

On another note Mrs Jackson also spoke about the oncoming Fundraising Gospel concert, organised by the Anointed UK which will have some of the proceeds donated towards the building project in Malawi according to Mrs Jackson. The event will be held at New Wine Church, in Woolwich, London on August 29 and will feature International Award Winning Gospel Artist, Oupa Joshua Sithela and many more.

Yet another force of recognition behind the event not to be missed was Pamtengo Radio CEO and broadcaster, MC Chijota who stole the show as a director of ceremonies. Those who attended the function will obviously bare testimony that MC Chijota is indeed one such great talented MC one that the industry should reckon with especially with his exceptional charm and excellence in directing ceremonies.

The brain behind the decks was Technologist, Producer and Radio Presenter, Deejay Mkhukhwini. 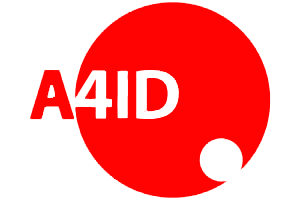 WE NEED YOUR SUPPORT

Against All Odds First Ever...

Against All Odds Mission To...

You can find out more about which cookies we are using or switch them off in settings.

This website uses cookies so that we can provide you with the best user experience possible. Cookie information is stored in your browser and performs functions such as recognising you when you return to our website and helping our team to understand which sections of the website you find most interesting and useful.

Strictly Necessary Cookie should be enabled at all times so that we can save your preferences for cookie settings.

If you disable this cookie, we will not be able to save your preferences. This means that every time you visit this website you will need to enable or disable cookies again.

This website uses Google Analytics to collect anonymous information such as the number of visitors to the site, and the most popular pages.

Please enable Strictly Necessary Cookies first so that we can save your preferences!

You can at any time change or withdraw your consent from the Cookie Declaration on our website
Learn more about who we are, how you can contact us, and how we process personal data in our Privacy Policy.
Your consent applies to the following domains: aosuk.org
[user_consent_state]

Cookies are small text files that are used to store small pieces of information. They are stored on your device when the website is loaded on your browser. These cookies help us make the website function properly, make it more secure, provide better user experience, and understand how the website performs and to analyze what works and where it needs improvement.

As most of the online services, our website uses first-party and third-party cookies for several purposes. First-party cookies are mostly necessary for the website to function the right way, and they do not collect any of your personally identifiable data.

The third-party cookies used on our website are mainly for understanding how the website performs, how you interact with our website, keeping our services secure, providing advertisements that are relevant to you, and all in all providing you with a better and improved user experience and help speed up your future interactions with our website.

Essential: Some cookies are essential for you to be able to experience the full functionality of our site. They allow us to maintain user sessions and prevent any security threats. They do not collect or store any personal information. For example, these cookies allow you to log-in to your account and add products to your basket, and checkout securely.

Statistics: These cookies store information like the number of visitors to the website, the number of unique visitors, which pages of the website have been visited, the source of the visit, etc. These data help us understand and analyze how well the website performs and where it needs improvement.

Marketing: Our website displays advertisements. These cookies are used to personalize the advertisements that we show to you so that they are meaningful to you. These cookies also help us keep track of the efficiency of these ad campaigns.
The information stored in these cookies may also be used by the third-party ad providers to show you ads on other websites on the browser as well.

In addition to this, different browsers provide different methods to block and delete cookies used by websites. You can change the settings of your browser to block/delete the cookies. To find out more about how to manage and delete cookies, visit wikipedia.org, www.allaboutcookies.org.